There are no products in your cart

Login
Your shopping cart is empty

Banner on the right

There are no products to compare

Event of the year is approaching 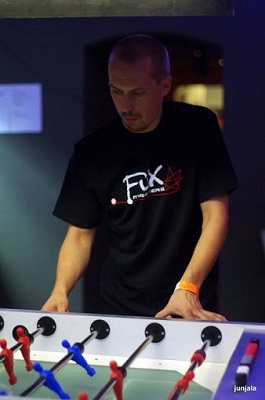 - Why table soccer is attractive to its fans?

- Table football is simple in its rules, but energetic game in which the players feel a strong sense of sports ardor. In addition, here sportswear and high physical effort are not necessary, making it difficult to refuse to friends' calls to play. Some players, who tried out foosball for the first time in bars, often get involved and start to train for more serious tournaments.

- This weekend "Lithuanian Cup" is coming back to Litexpo (Laisves ave. 5, Vilnius). What is special about this championship?

- This is the most important foosball event of the year, when we will find out the Lithuanian champions of 2013. Unlike last year, this year's Cup is open - everyone can take part and comepete in different categories. So, there will be matches for the beginners, too.

- What do you expect from this championship?

- We need to not only champion titles, so we hope that the participants have a great time in the first place. In addition, playing in matches is the best way to improve skills, so we expect a flock of newcomers this year to join the strong players.

- Where else one can find foosball fans in town?

- Bars in Vilnius and other cities often have foosball tables, surrounded by buzzing players. A large squad of players also meet every Wednesday in ongoing Bars League tournaments - each time in a different bar in Vilnius. And the true spirit of the game can be found at the table soccer club Foosin, which hosts a variety of tournaments and other entertainment every day.

- If a person, who has never heard about table soccer before, asks about it. What is the best description?

- Rules as in a football field, reaction and speed as in table tennis and a chess tournament strategy.

You can read more about the Cup here. 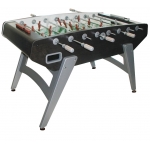